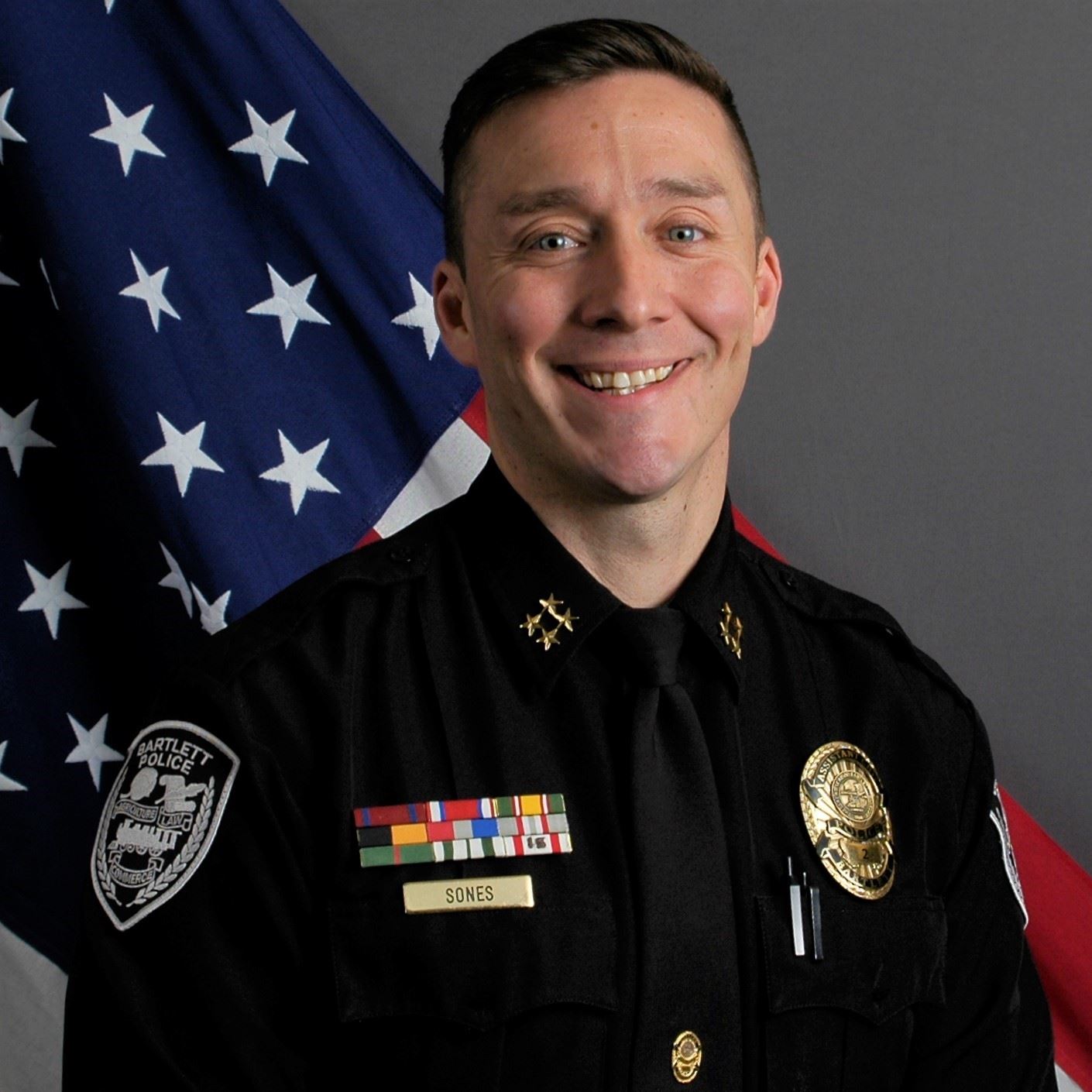 Assistant Chief Steve Sones has worked or lived in the City of Bartlett for over 30 years and is a 20 year veteran of the Bartlett Police Department. He began his career with the department as a Jailer in 2001 and became a Patrolman in 2004. While assigned to the Patrol Division, he served as a SWAT Team and Crime Suppression Unit member. In 2012, he was promoted to the position of Detective, and in 2013 to the rank of Lieutenant. As a Patrol Lieutenant, he served as the SWAT Team supervisor and managed the Crime Suppression Unit. He was promoted to Captain in 2017 and continued overseeing the SWAT Team and Crime Suppression Unit. In January 2019, Mayor A. Keith McDonald appointed him to the rank of Chief Inspector over the Patrol Division, and in January 2020, he was appointed Assistant Chief of Police.

Assistant Chief Sones is a graduate of the 272nd session of the FBI National Academy, was Vice-President of the 3rd session of the TBI State Academy, was chosen as Officer of the Year in 2009, and voted Best Police Officer by the Bartlett Express in 2020. He holds a Bachelor's Degree in Criminal Justice Administration from Waldorf University and a Master's Degree in Criminal Justice from Bethel University.