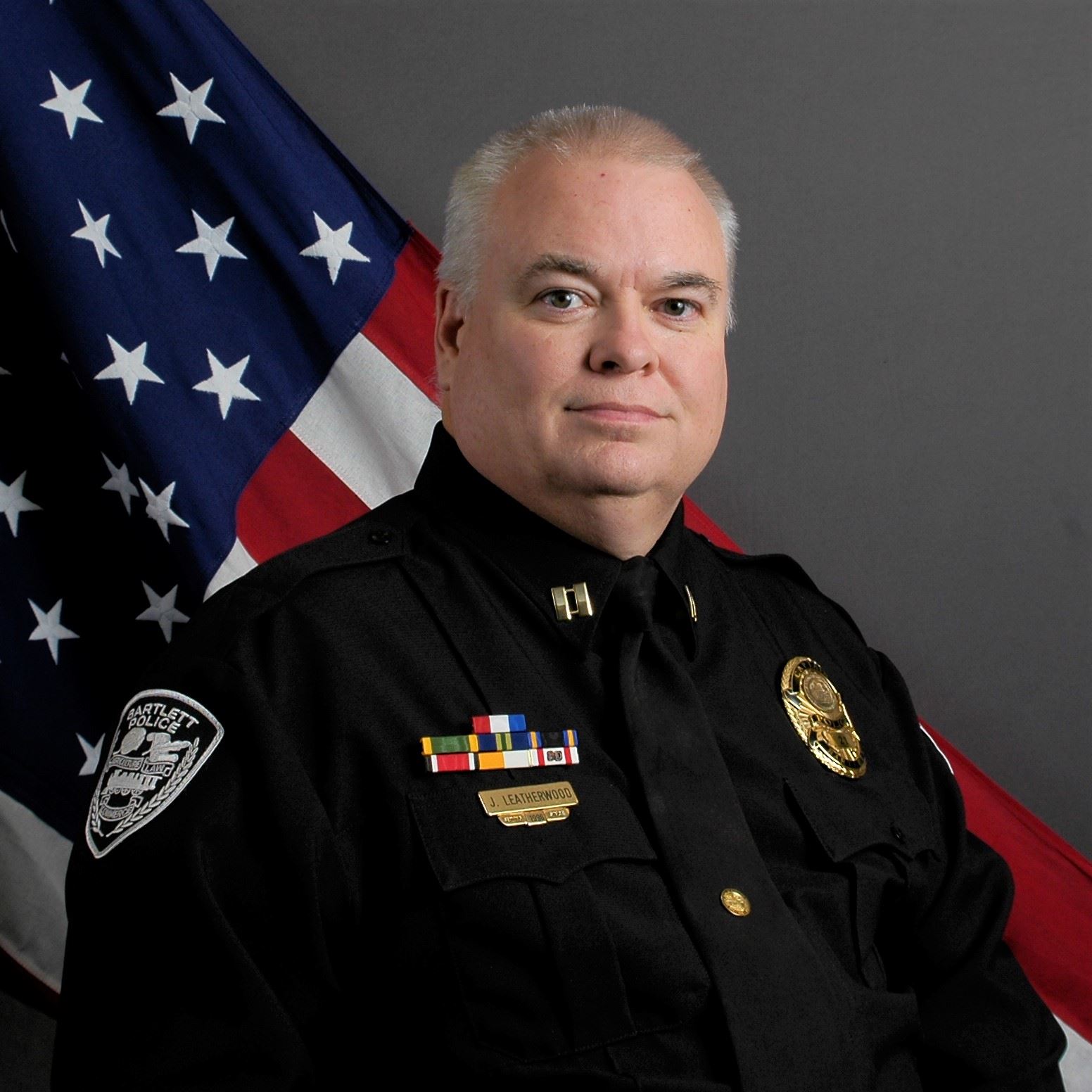 He was promoted to Captain in 2018. As a Captain, Chief Inspector Leatherwood spent time as the Commander of the Investigative Services Division, Patrol and Traffic Unit.  While serving as the Traffic Commander, he led the unit to multiple state awards including the 2019 Tennessee Law Enforcement Challenge Director’s Award.

In 2021, he was appointed to Chief Inspector by Mayor A. Keith McDonald where he currently serves as the Chief Inspector of the Investigative Services Division.  Chief Inspector Leatherwood holds a Bachelor’s Degree in Criminal Justice from Bethel University.