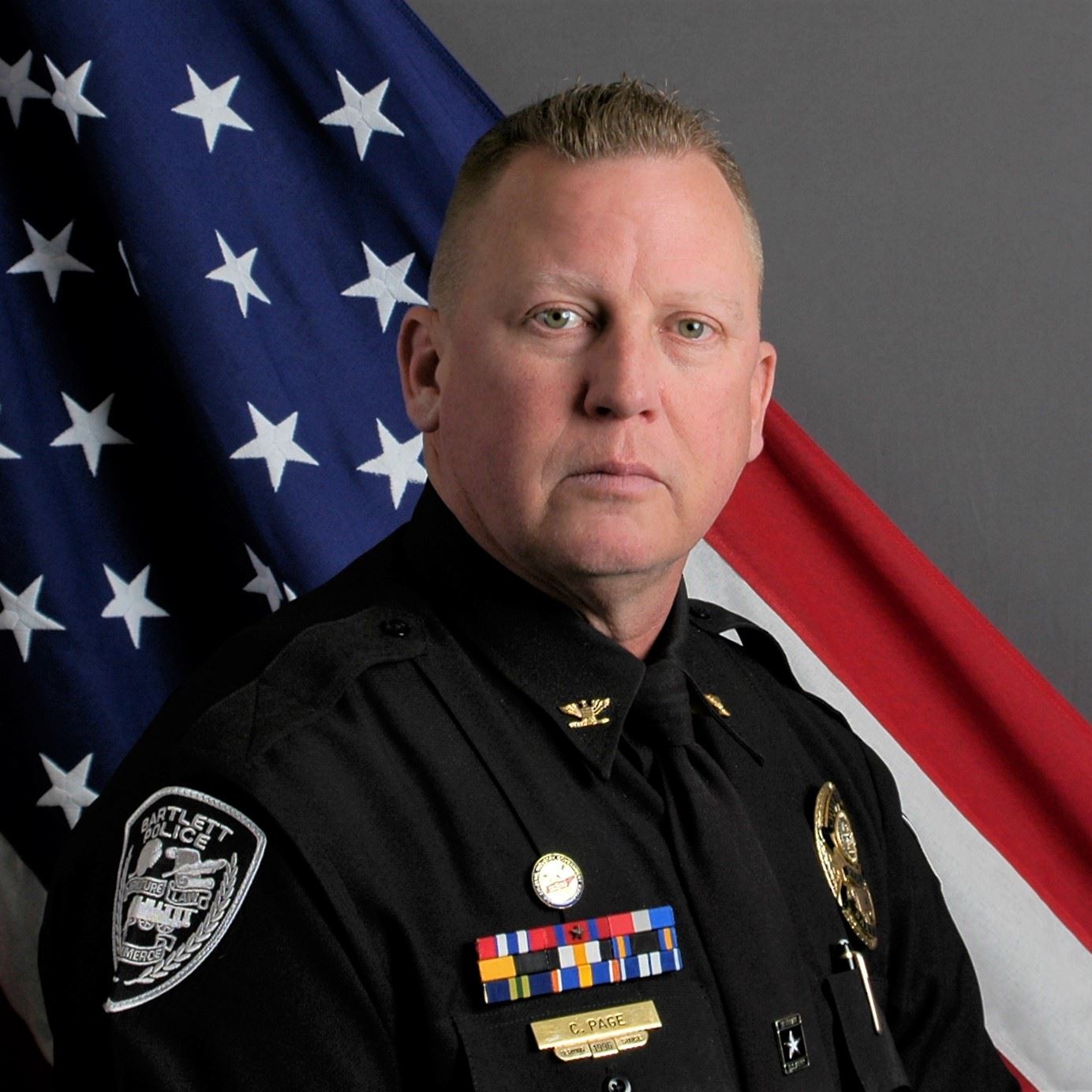 Chief Inspector Chris Page was born and raised in the Memphis area and is a graduate of Kirby High School, class of 1990. After graduating, Chief Inspector enlisted in the U.S. Army and served as a Military Police Officer from 1990-1995, which included service in Desert Storm. Chief Inspector Page was hired as a Bartlett Police Officer in September of 1996. He was promoted to the rank of Detective in October or 2003, Lieutenant in April of 2007 and Captain in December of 2012. Mayor A. Keith McDonald appointed him to Chief Inspector in January of 2020, where he currently serves as the Patrol Division Commander.

Chief Inspector Page has often commented that one of his proudest achievements is being involved with the Bartlett Police Department’s Honor Guard since its creation in 2003.